The old tools of truncheon and syringe may keep them in power. But for how long?

Sept.2.– Nothing is as inspiring as seeing people take to the streets to demand their freedoms—and nothing is as terrifying for the dictators they are defying. In Belarus, among scenes that recall the revolts of 1989, people are turning out in their hundreds of 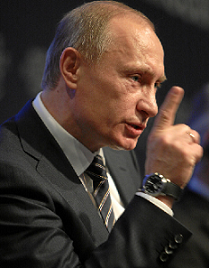 thousands after a blatantly rigged election, heedless of the threat of state violence. In the Russian city of Khabarovsk tens of thousands march week after week to protest against the arrest of the local governor and the imposition of Moscow’s rules. Vladimir Putin is rattled. Why else is Alexei Navalny, an anti-corruption crusader and Mr Putin’s greatest popular rival for the Russian presidency, lying poisoned in a Berlin hospital bed?

Regimes that rule by fear, live in fear. They fear that one day the people will no longer tolerate their lies, thieving and brutality. They try to hang on with propaganda, persecution and patronage. But it looks increasingly as if Mr Putin is running out of tricks, and as if Alexander Lukashenko, his troublesome ally in Minsk, is running out of road.

That is why, despite the Kremlin’s denials, they are falling back on the truncheon and the syringe. And it is why, as the protests roll on, they must be wondering whether state violence can secure their regimes.

Both leaders came to power promising relief from the chaos that followed the collapse of the Soviet Union. Mr Putin offered his citizens a deal: stay out of politics and you will get order and better wages. Mr Lukashenko promised Soviet-style continuity. Mr Putin was lucky that oil prices soared after he took over. Ordinary Russians benefited (though not nearly as much as the regime’s cronies). Mr Putin built a mafia state; Mr Lukashenko, an old-fashioned dictatorship. Both men seek to project an image of strength through tame media ...